NO PROGRESS WITHOUT MANDATES ! 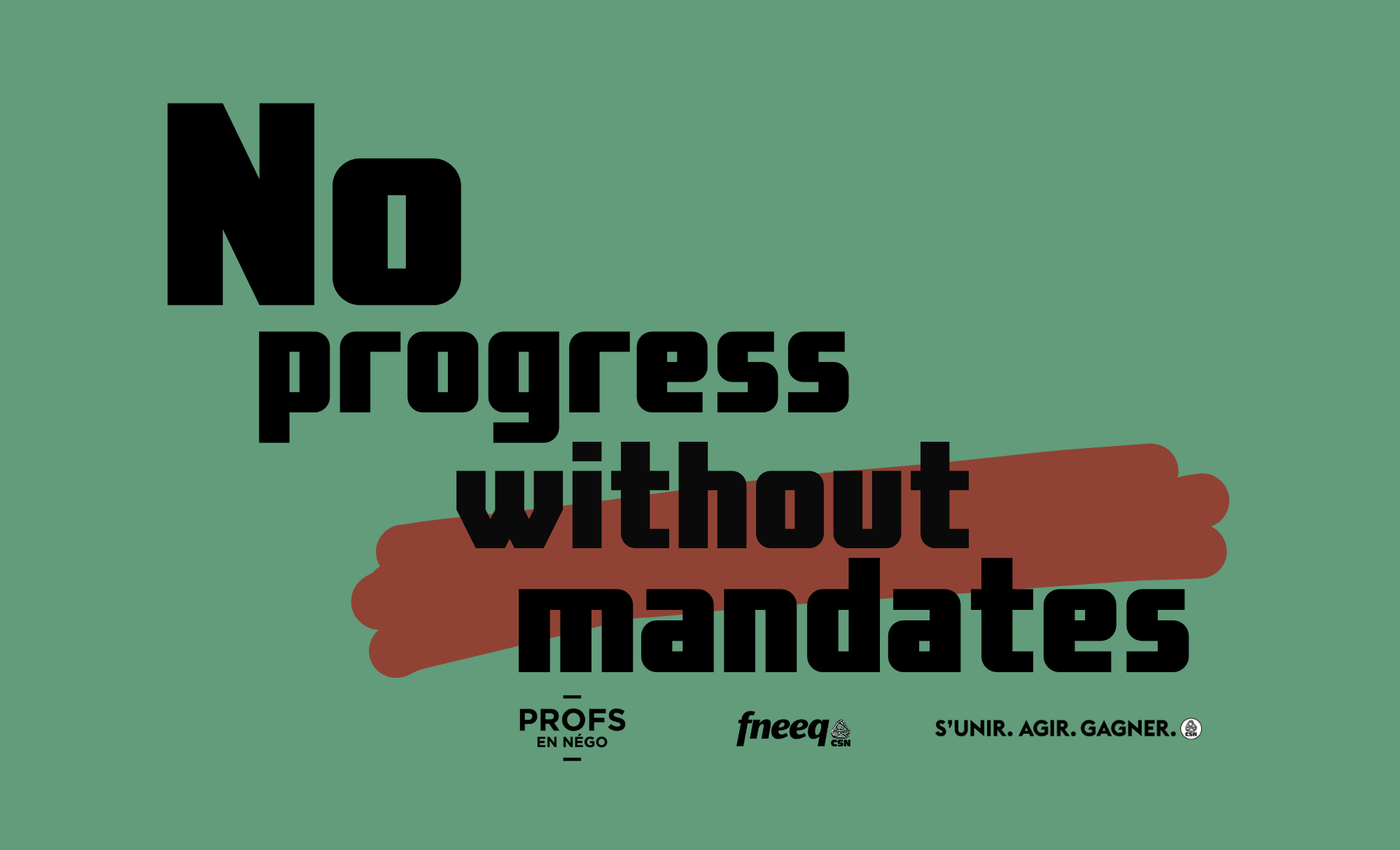 The most recent bargaining session between the bargaining and mobilization committee and the Comité patronal de négociation des collèges (CPNC) led to a major setback. We were outraged to learn that the CPNC decided to break its word by going back on gains for our members that were agreed on during various previous bargaining sessions. By acting in this way, the employer side is not respecting the way of operating that had been determined by mutual agreement.

During the recent change in spokespeople at the CPNC, and in the interest of ensuring the successful continuity of discussions, we proceeded with submitting a consolidated document that included all elements that both sides had agreed on since the start of the round of bargaining and thus aimed to make things easier for the next sessions.

However, as a response, the employer side backtracked on access to leave with deferred pay for non-permanent teachers. This step backward is unacceptable and worrisome in many respects, since the struggle to combat job insecurity is one of our priorities. In fact, we learned that employer spokespeople received a refusal from the Conseil du trésor with regard to this demand, on the grounds that such a measure would create an intersectoral gap (i.e. in relation to the working conditions of other public-sector workers).

This argument does not hold water because access to job permanence in the CEGEP network takes a great deal longer than in other public services, not to mention that in many ways, it is impossible to make this comparison when it is taken into account that there are various differences between sectors. For example, unlike our peers in other sectors, we do not benefit from an employer contribution to our group insurance or sick leave that can be paid out.

What does this step backward mean for bargaining dynamics? Does it show that employer spokespeople acted without a mandate? One could reasonably ask these questions and cast doubt on the viability of the spokespeople if the CPNC takes this approach moving forward. This time, advances related to working conditions for non-permanent teachers were under attack; what gain will be next?

We will not negotiate blind

The bargaining and mobilization committee wasted no time in pointing out the situation’s inconsistencies and instructed the CPNC to go do its homework to maintain the advances, respect its commitments, and ensure that the round of bargaining continues in a constructive manner. Currently, trust in the bargaining process has plummeted, and we refuse to accept the climate of uncertainty in which the employer side’s approach has placed discussions.

To express our discontent and to denounce the situation, the Regroupement cégep voted on a motion to censure the CPNC and invited unions to call on their respective administrations, which took place on Friday afternoon. However, the situation remains worrisome, and we must vehemently oppose any attempts to subvert the bargaining process. If our counterparts act without mandates, they must do what is necessary to obtain them and propose a framework that would support advancing talks.

We therefore need to be visible and mobilize over the coming days and weeks in order to turn the situation around and support our demands. Visibility actions will take place on March 9, and we invite you to take part in large numbers. We cannot let the employer side go back on its commitments: it is showing us a lack of respect! 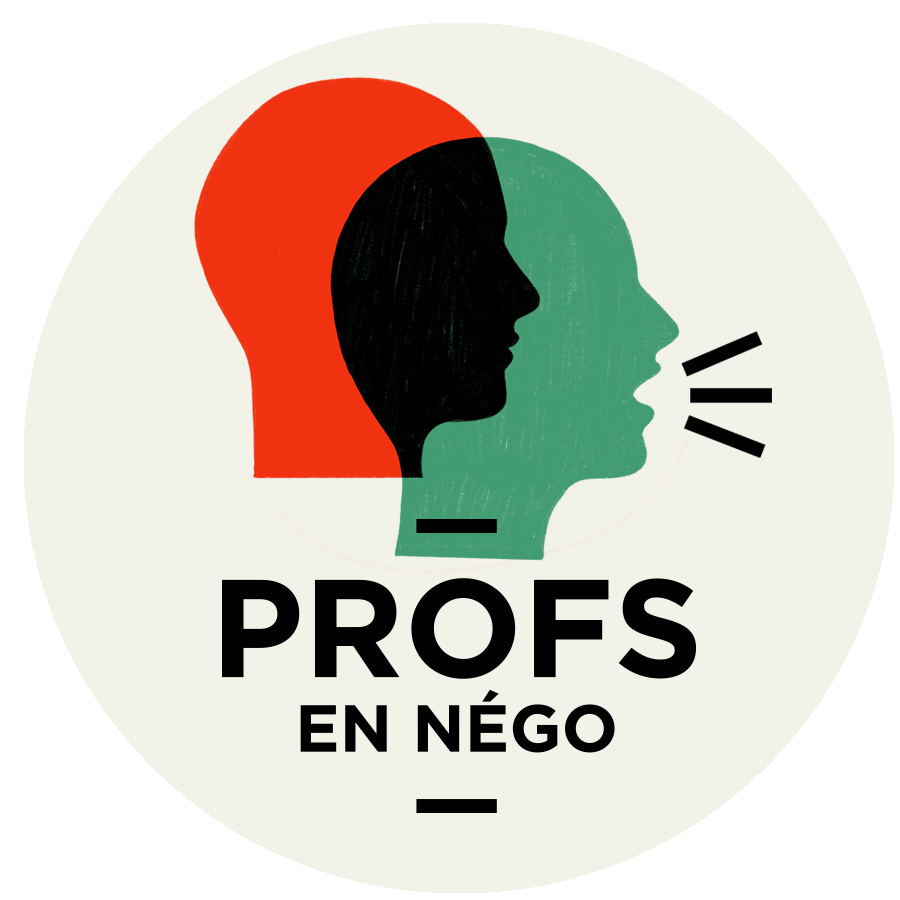 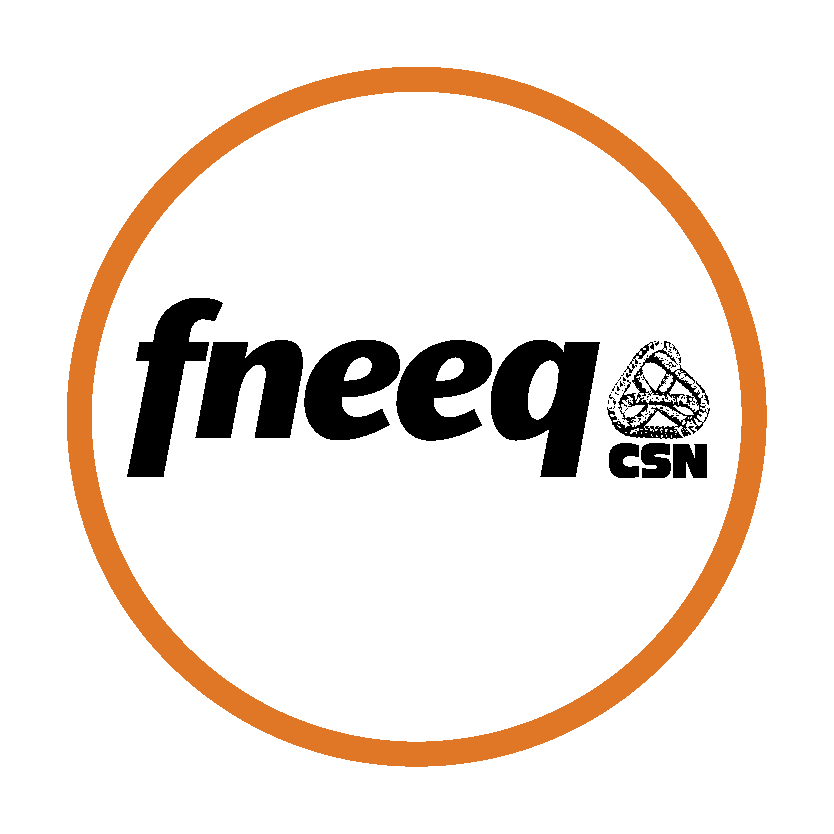